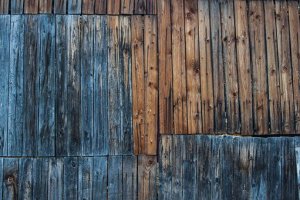 Baxter W. Daugherty passed away peacefully in Charlotte, North Carolina on Wednesday morning, September 18, 2019 at Sunrise Senior Living.  Baxter was born on February 2, 1932 to George and Essie Daugherty in his family’s Starr Mountain home.  He was the 1950 Alcoa High School valedictorian and remained an active alumnus for many years.  When his father sustained a debilitating injury on the job at the ALCOA plant in Cleveland, TN,  Baxter began supporting his parents and younger brother, Charlie.  Baxter continued to support his parents through dedication and hard work the remainder of their lives.  He was drafted into the Army and was honorably discharged in 1953 when the Korean conflict ended.  He married Johnnie Nipper in 1957 while attending the University of Tennessee Knoxville.  He graduated Suma Cum Laude in 1958 with a B.S. degree in Electrical Engineering and graduated in 1966 from North Carolina State University with a M.S. degree in Electrical Engineering.  During his college career and post graduation, he became involved in various military defense projects in Orlando, Florida; El Paso, Texas; New Jersey, and Greensboro, NC, with the Glen L. Martin, Bell Labs and Western Electric corporations.  These projects included work on missile launch pads, the Safeguard Anti-Ballistic Missile Program and the development of the sonar detection defense against enemy submarines in the Atlantic and Pacific Oceans.  His work required significant travel away from home aboard science vessels in every major sea throughout the world.  He still found time to be a loving father and husband with many camping trips, hard work around the house and teaching his three sons to have a strong faith in Christ.  He and Johnnie had a wonderful loving marriage of 52 years, until she lost a brief battle with cancer in 2009.  He missed her every day and looked forward to being reunited in heaven.  He loved the church and served as an elder at the Mebane Street Church of Christ in Burlington, NC and also founded a successful ministry for the Deaf at Mebane Street.  Upon his retirement from Western Electric/AT&T in 1997 they returned to Athens, TN fulfilling his promise to Johnnie to be near her family.

The family is grateful for the care and love provided by the staff of Hospice of Union County, Sunrise Senior Living on Providence in Charlotte and Manor House Senior Living in Chattanooga, TN.

Funeral services will be 4 pm Sunday in the Chapel of Ziegler Funeral Home with Minister Travis Irwin, Dr. Robert Williams, and Minister Mark Littleton officiating. Burial will follow in the Liberty Hill Church of Christ Cemetery.

The family will receive friends from 2-4 pm Sunday at the funeral home.

In lieu of flowers the family requests donations be made to Hospice of Union County, 700 W. Roosevelt Blvd, Monroe, NC  28110 and Athens Church of Christ widow’s and widower’s fund, 1016 North Avenue,Athens, TN  37303.

Ziegler Funeral Home has been entrusted with the care of Baxter W. Daugherty.

To send flowers to the family or plant a tree in memory of BAXTER W DAUGHERTY, please visit our floral store.