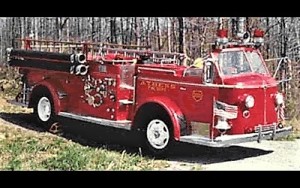 A native of Palmer, TN. and longtime resident of Athens since 1971, he was the son of the late Noble P. and Ethel Mae Gifford Cantrell. He was owner/operator of Cantrell Plumbing and Electric and served as a volunteer firefighter with the City of Athens from 1979-1996. He was a member of Niota United Methodist Church.

Survivors include his wife of 53 years,

Julia and Billy Key of Athens

DeAnn and Daniel Robinson of Athens

One son and daughter-in-law,

Funeral services will be 7 pm Wednesday in the chapel of Ziegler Funeral Home with the Rev. Gene Parsons officiating.

The family will receive friends from 4-7 pm Wednesday at the funeral home.

Ziegler Funeral Home has been entrusted with the care of Lowell Thomas Cantrell Sr.