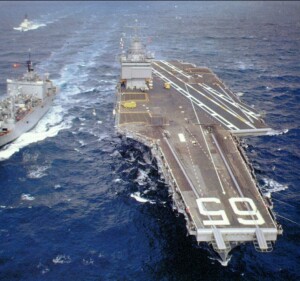 Patrick Joseph Schwartz, age 73, of Athens, passed away April 2, 2021 at his residence.

Patrick was a native of McKeesport, PA and a resident of Athens, TN for over 15 years. He was the son of John and Margaret Wespy Schwartz. Patrick spent his childhood in the Pittsburg and Somerset, PA areas.

Patrick was a Vietnam War veteran, who served in the United States Navy from 1965 to 1971.  During which time, he served aboard the USS Enterprise, CVAN 65 from 1967 to 1971, and was honorably discharged.

He later graduated from Regents College in 1993 with a Bachelor of Science degree in Nuclear Technology. Patrick was employed at numerous nuclear power plants around the country, eventually retiring from the Tennessee Valley Authority Watts Bar where he was a nuclear instructor.

Patrick was a big part of the St. Mary Catholic Church, where he was involved in many ministries and activities.  The Knights of Columbus was an important organization to Patrick.  He served in multiple councils across the country, for over 40 years, and served as a Grand Knight in Athens, TN. The Knights honored him with the Columbian Award in 2016 for his volunteer activities within the Church and the community. His ministries included Full Circle, Mobile Warming, Grace House, and the McMinn County Humane Society. Patrick always believed in giving his time and love towards others and his community.

He gave of himself selflessly, always putting others first. He coached, mentored, tutored, taught, donated, fundraised, sponsored, supported, organized, led, encouraged, empowered, and uplifted the people in the communities around him for over 70 years. His love, kindness, wit, enthusiasm, spirit, and faith will be deeply missed by his family and friends.

A memorial mass will be held at 11:00AM, on Friday, April 9, at St. Mary Catholic Church with Rev. Dr. John Arthur Orr officiating. A private inurnment will follow at St. Therese Columbarium in Cleveland, TN.

If you are unable to attend the visitation or memorial service, you are encouraged to sign the online registry at: www.zieglerfuneralhome.com

Ziegler Funeral Home has been entrusted with the care of Patrick Joseph Schwartz.

To send flowers to the family or plant a tree in memory of PATRICK JOSEPH SCHWARTZ, please visit our floral store.