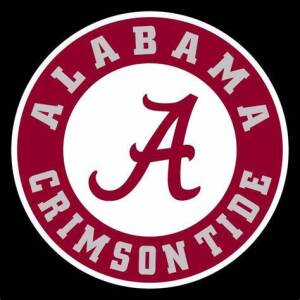 He was a son of the late Kenneth and Iona Goodrich Morgan, and was preceded in death by a brother Troy Morgan.

Ronnie never met a stranger.  He was a true Alabama Crimson Tide fan, and very seldom did he miss any of their football games.  Ronnie loved to talk and share his thoughts, ideas, and memories.  He had a special friend, Brad Frank that was his pride and joy, and brought much happiness to his life.  He always told everyone that he was Brad’s Godfather.

Ronnie worked 38 years at ABB, formerly known as Thomas and Betts in Athens.

Ronnie is survived by his brother;

He is also survived by a host of nieces, nephews, and extended family members, and

Special thanks to Dennis, Kay, Brent and Brad Frank, and to all co-workers at ABB for all the love, support, and friendship over the years.

Graveside Services will be at 11AM Thursday at Sullins Cemetery with Rev. Jimmy Lewis officiating.

If you are unable to attend the visitation or service, you are encouraged to sign the online registry at: www.zieglerfuneralhome.com

Ziegler Funeral Home has been entrusted with the care of Ronald “Ronnie” Kerry Morgan.

To send flowers to the family or plant a tree in memory of Ronald "Ronnie" Kerry Morgan, please visit our floral store.