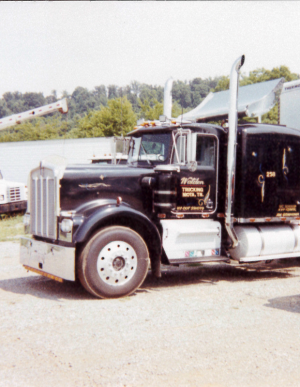 Eddie Lee Walden, 77, of Niota, passed away on Sunday, March 20, 2022 after a sudden illness, with his daughters at his side.

A native and lifelong resident of Niota, Eddie was a member of Pleasant Hill Baptist Church. He started Walden Trucking, which he retired from in 2014 to spend time growing acres of watermelons with his grandkids, and refurbishing cars. A dedicated, kind and generous father, grandfather, husband, brother, and friend, he will be missed by all whose lives he touched.

He was survived by

Nephews and friends will be serving as pallbearers.

Family will receive friends from 5:00 to 7:00 PM, Thursday at Zeigler’s Funeral Home

If you cannot attend the visitation and funeral service, you can sign the online guest registry at www.zieglerfuneralhome.com

Ziegler Funeral Home has been entrusted with the care of Eddie Lee Walden.

To send flowers to the family or plant a tree in memory of Eddie Lee Walden, please visit our floral store.