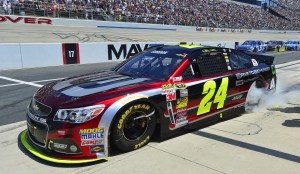 Jim was associated  with Morgan-Olsen Corp. in Loudon and was a member of Grace Baptist Church in Decatur.

He was an avid UT Volunteers Football fan and loved watching NASCAR races, Jeff Gordon being his favorite driver.

Jim is survived by his wife, Christina “Tina” Stanley Bledsoe

Three grandchildren, Cayden, Okitavia, Paisley and another grandchild soon to be born.

Along with several aunts, uncles, nieces, nephews, cousins and friends

Funeral services will be 11:00 am Wednesday, January 15 ,2020 at Ziegler Funeral Home with Rev. Joe Andrews officiating.

If you are unable to attend the visitation or funeral service, please sign the online registry at:

Ziegler Funeral Home has been entrusted with the care of James William “Jim” Bledsoe.

To send flowers to the family or plant a tree in memory of JAMES "JIM" WILLIAM BLEDSOE, please visit our floral store.